What is it, where does it come from, and how to get rid of it 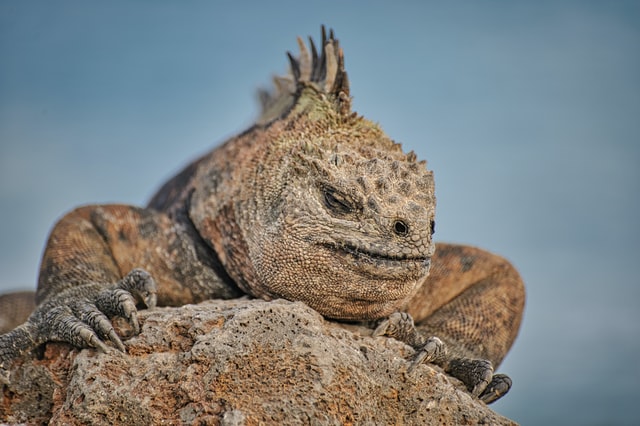 Welcome to the second Expedition weekly deep dive at Survivaltech.club!

This week has been thrilling. I’ve learnt so much about methane (and quantum mechanics)! Now I’m beyond excited to share the findings with you!

Methane - what a molecule!

Chemists call methane an alkane, a hydrocarbon with single bonds. Bonds get formed between carbon and hydrogen atoms. These bonds are called covalent bonds, as the atoms share electrons.

Why do these bonds form? The simplified answer is that the bonding allows the atoms to hang out with minimized energy in this universe. You wouldn’t want to use any extra energy to heat or cool your house because it costs money, right.

A greenhouse gas with steroids

Methane (CH4) is one of the greenhouse gases that are warming our planet. It exists naturally in the Earth’s atmosphere and helps keep the Earth warm enough.

But as with other greenhouse gases, our humanity is emitting methane into the air. This excess amount of methane in the atmosphere is causing our planet to heat up.

There is very little methane in the atmosphere. Only 0.00018% of air is methane. As a general note, greenhouse gases constitute only a tiny part of the air (approximately 0.04%), yet they are responsible for climate change.

Still, methane accounts effectively for 17% of the total annual greenhouse gases. Note that the chart below is in CO2e, which takes into account the differing global warming potential of greenhouse gases.

If we only look at 20 years, methane suddenly becomes an 85 times stronger greenhouse gas than carbon dioxide.

Wow. Now that’s something we should definitely not emit into the air.

Why is methane so powerful especially over a short period?

Since the next 10-30 years are probably our most essential decades to mitigate climate change, wouldn’t it make sense to focus on reducing methane emissions?

570 million tons (Mt) of methane is released into the atmosphere every year. 60% of this methane is human-made (anthropogenic), and 40% comes from natural sources.

Across these categories, methane ends up in the atmosphere via two pathways:

Organic matter like you and I, other animals, and plants will eventually die and be decomposed. Since Mother Nature wants to recycle the building blocks and build new things, different microbes step in as organisms die and decompose the matter.

If this decomposition takes place in an oxygen-free environment, particular microbes called methanogens take the lead in breaking down the organisms. As a result, methane gets formed.

This process of breaking down organic matter in oxygen-free environments is called methanogenesis.

The production of methane via methanogenesis occurs in several places:

Methane gets leaked to the atmosphere from:

Natural gas, which we use as an energy source, consists of 95% methane. When natural gas is produced, processed, and distributed, not all pipes and tanks are gas-tight, and the natural gas leaks into freedom.

Permafrost is an area of land that has stayed frozen and locked in methane in methane clathrates. Now, these vast land areas in the Arctic are melting due to warming the climate and releasing previously trapped methane.

Natural gas - the misleading term for a harmful fuel

I tend to associate the term natural with nature, organic, and all those environmentally-friendly words. Natural gas is a misleading term.

Natural gas is a fossil fuel. We dig from the Earth’s crust like we do oil. When we burn it (= combust), we get energy and release carbon dioxide into the air.

Even though natural gas emits less carbon dioxide than coal and oil per energy unit, it is still far from clean.

Biogas also contains mainly methane. Biogas production takes advantage of methanogenesis we talked about earlier. Biogas producers take organic waste and manure and then decompose them in an oxygen-free environment. This process results in methane.

Biogas is a renewable energy source. However, when we burn it, we still release carbon dioxide into the air. Could we turn this renewable methane into something valuable and use solar and wind (and fusion!) to generate energy?

We have solutions to reduce methane emissions. Here are some of the cool ones that I found.

A microbial fuel cell is a device that converts organic waste into electricity with the help of microbes. When a chemical reaction takes place in this apparatus, a flow of electrons and so electricity gets produced. However, carbon dioxide gets produced as an end-product in this reaction.

A microbial carbon capture fuel cell captures the produced carbon. It is sequestered by, for example, algae. Now this is awesome!

Cows can be fed methane-reducing supplements.

Special algae like the red seaweed Asparagopsis taxiformis can reduce methane emissions from cows up to 80%. Reducing that amount of methane emissions would be groundbreaking. This is what Volta Greentech is accomplishing!

Alternatives for beef and milk

Less ruminating cows means fewer methane emissions. We are witnessing a mega-rise of meat and dairy alternatives. I wrote on the topic here.

A rice crop can be treated with a barley transcription gene. This had led to a reduction in methane emissions and to an increase in grain starch.

Questions that I was left wondering about

I hope you enjoyed this week's Expedition about methane! Survivaltech.club is constantly developing, so all feedback and comments are super welcome.

Remember to follow Survivaltech.club in social media to get the latest updates!